Driving through roads with few cars in sight surrounded by beautiful landscapes is a way of traveling that has been in the minds of many Brazilian travelers. So how about enjoying American roads to make that dream come true?

We gathered a few of the best scenic routes we have already cruised in the US, from those most famous to a few you may never heard of.

Now is the time to convince you to cross the USA through Route 66, visit all the outlooks scattered around the mountains along the Blue Ridge Parkway, see the Wupatki ruins in Arizona up-close and much more. From short daytrips to longer road trips, we got you covered!

Let’s start with a route many consider the most scenic in the continental US. The 450 miles of Blue Ridge Parkway cover an enormous area along the famed Appalachian Trail.

The road cuts through green (yellow and red during the fall) mountains in Virginia and North Carolina and connects the Shenandoah and Great Smoky Mountains National Parks. 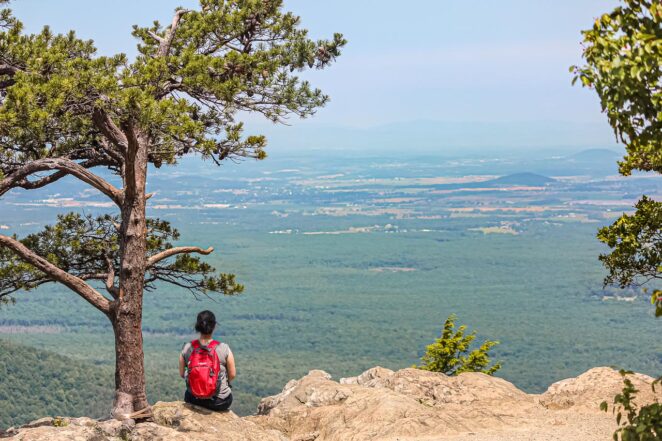 Since Brazil doesn’t really have a fall season, the Blue Ridge’s impact is even bigger in autumn colors. From mid-September to late-October, all the green in these images makes way to light yellows and deep reds.

The views are wonderful year-round, but some of the road’s sections may close during peak winter season. It is better to avoid those periods. 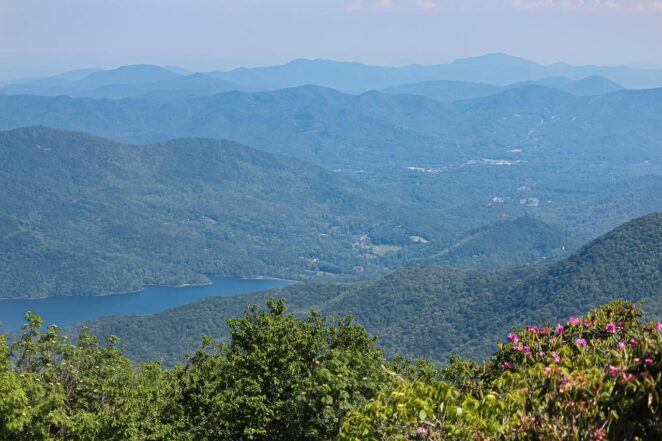 The number of outlooks along Blue Ridge Parkway are quite the treat, especially in its most mountainous stretches and when close to lakes and rivers.

Obviously, the National Parks at both ends of the road are also indispensable, as well as the diverse small communities of the first European immigrants in the area.

For a more urban, but still charming, attraction, visit Asheville, in North Carolina. You may not be familiar with it yet, but its tourist attractions, brewery scene and culinary spots gather visitor from across the US.

If you can, plan for at least one night in Asheville for food, drinks and peculiar and interesting attractions. 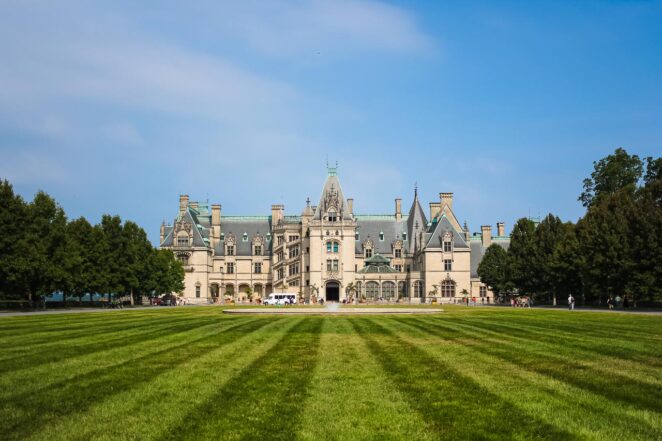 One of the most-visited attractions in Asheville is the Biltmore Estate. It is the largest private residence in the country and now hosts a museum, vineyard, impressive gardens, several shops and restaurants.

Because the intent behind it is integrating with nature, the Blue Ridge has sections full of twists and turns, so pay attention when driving. The speed limit can also be lower than you might expect, so go easy.

Because of its length, and the protected area around it, it is possible to observe a wide range of fauna and flora in different altitudes, which brings the feeling of being surrounded by nature’s grandeur. 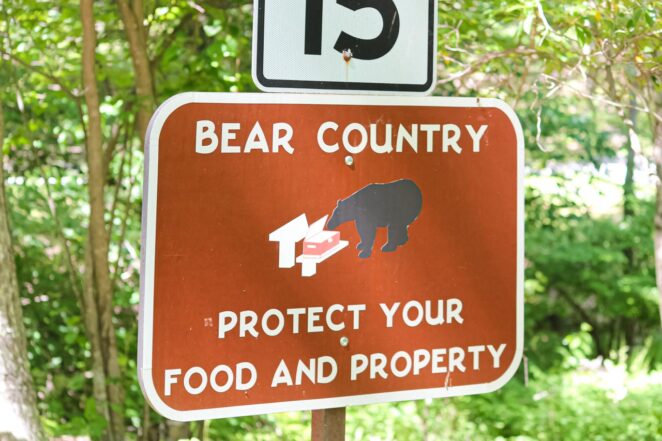 Again, because it is a natural and more isolated area, you need to be cautious:

Route 66, from Chicago to Santa Monica

The most well-known road in the United States is alive and well! One of the major icons of American road trips, Route 66 almost crosses the entire country connecting Chicago to Santa Monica.

We drove through the entire Mother Road a few years ago and it was an amazing experience we wrote about in detail in a series of articles. You will find a summary below. 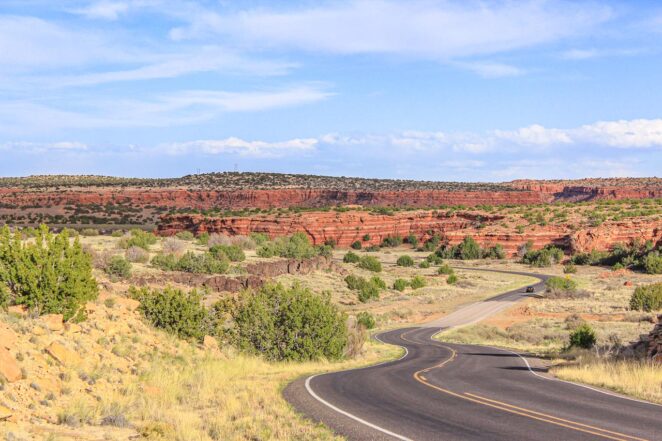 Since small towns are the life and blood of Route 66, you will have a much livelier experience when those cities are hosting parties and festivals. So, check the schedule of the cities along the stretch you will be driving through.

Overall, we recommend the period between May and September, as you will be crossing deserts and the extreme temperatures in those locations may bring concerns such as icy roads in some sections. The heat is also worrying in the summer (especially in July), so think about that before you decide on your dates.

It is hard to choose just a few landmarks along a road that has thousands of miles. I suggest you confirm the stretches you will be driving through and then choose the attractions that most appeal to you in that area. 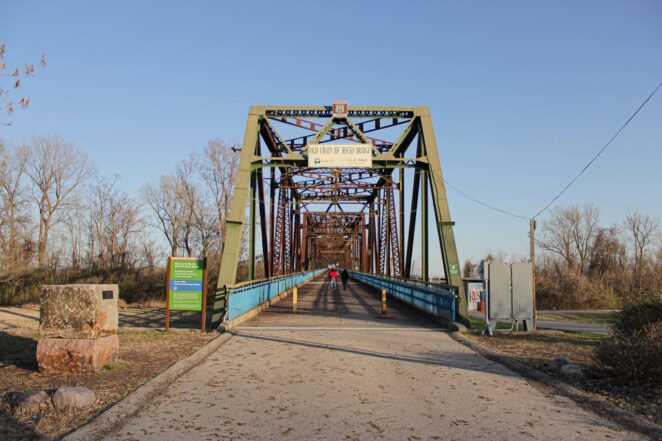 We split our Route 66 content by States, so it should be easy to find the best points of interest on Route 66 for your trip. They are dozens, but these are some of the most important ones: 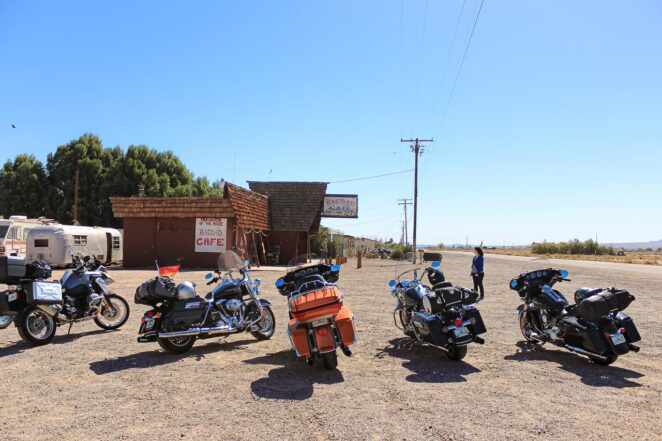 Since its hey-day a few decades back, Route 66 has gone through a lot of changes, not all of them positive. Some sections are not in great shape and others have been entirely replaced by more modern highways.

Apps like Google Maps will often direct you to those modern and faster highways, so it is important plan your route ahead and pay attention when driving. 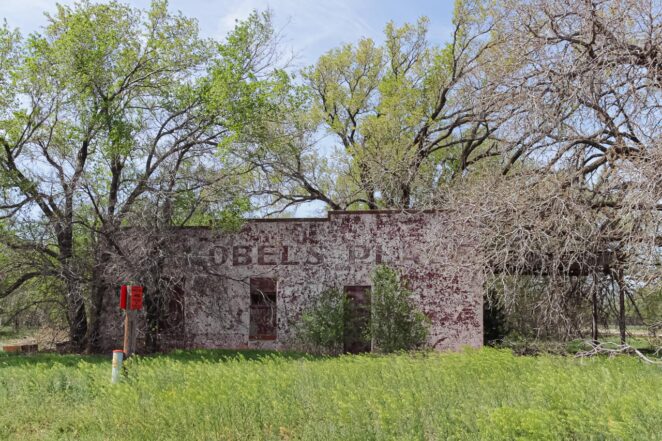 Another significant concern is keeping your gas tank filled when approaching more isolated sections. It is not unusual to go through dozens of miles seeing nothing but mirages of old gas stations in the form of their ruins.

After those two long roads, we give you a shorter route perfect for a daytrip from a nearby city, like Flagstaff, that many people use as a home-base while visiting Grand Canyon’s South Rim.

FR 545 is a loop about 35 miles long connected to Highway 89. The entire route out of Flagstaff, through the entire scenic route and back to town is about 75 miles long. 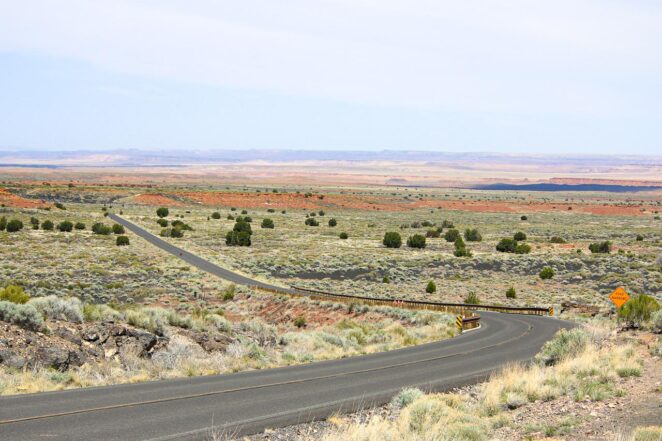 We are in the desert once again, where extreme temperatures are common, so it is best to avoid peak summer, when you would normally face 100 °F and afternoon showers. Also avoid winter because severe weather may cause road closures.

As instalações-ilusões do argentino Leandro Erl

That leaves us with April to June as the ideal period. But if you do not mind the heat and are OK with maybe getting some rain, July through September also works.

Closer to Flagstaff, you will find this National Monument comprised of more than 600 volcanoes and a trail that leads you up its biggest cinder. 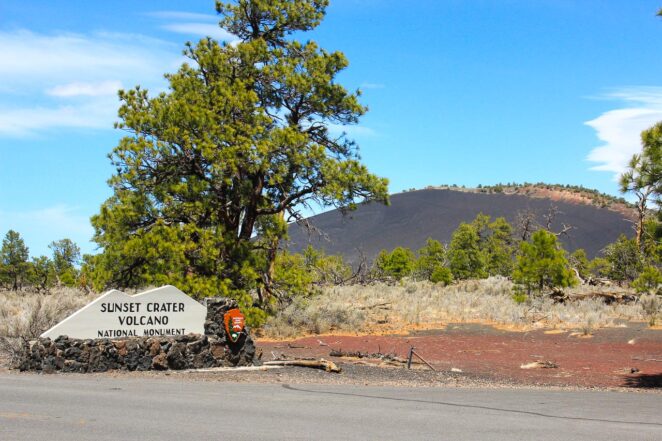 The impact of being face to face with a volcano, even one that has been dormant for almost a thousand years, is even greater when you walk the trails, look around and see how far-reaching an eruption is and how it affects everything it touches.

Even after centuries, only the most-specialized vegetation can reclaim the area affected by the volcanoes’ discharges.

At the other end of the road is the Wupatki National Monument, a set of native ruins built people who migrated precisely to avoid the volcanoes’ eruptions to the South. About 800 years ago, Wupatki had more than 100 rooms and was possibly the largest and wealthiest settlement in the area. Today, only a few sections remain after being abandoned by the natives and vandalized by raiders.

Besides the pueblo that gives the monument its name, the site contains other buildings and archeological findings.

The entire central Arizona region is in high alert due to massive fires sweeping the area recently. Sunset Crater Volcano National Monument was damaged and is temporarily closed.

According to the National Parks Service, all structures that guaranteed the safety of its visitors (such as trail signage and paths) has been lost. That means it will probably remain closed for a while.

It is also worth noting that you need to pay an entry fee to visit the monuments. A single fee gives you access to both sites. Tickets are valid for 7 days, but you can do both in a single day.

A rarity among highways all over the world, the Taconic was always meant to be a scenic route. Engineers worked alongside landscape artists to make sure the road and its surroundings would be coordinated and to create a safe route as beautiful as possible.

It starts about 45 minutes North of de Manhattan and follows the Hudson River North for over 100 miles, always surrounded by trees and rolling hills. 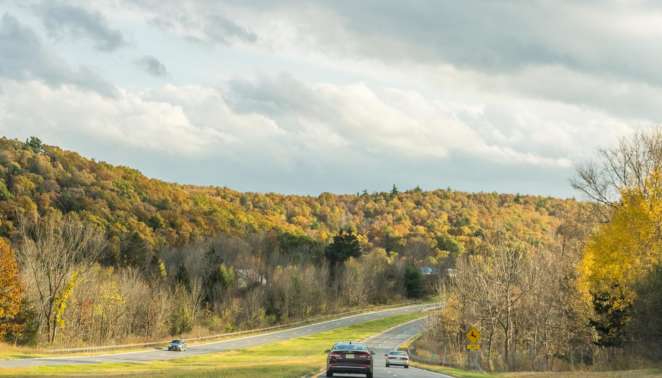 Once again, the fall landscape will probably have a greater impact on the Brazilian visitor, while Winter weather may cause road closures. The scenery is still beautiful in Spring and Summer, just without those typical Northern autumnal colors.

All the small towns on the Hudson River Valley are full of attractions. So many that we already wrote an article about the Taconic State Parkway’s main attractions. 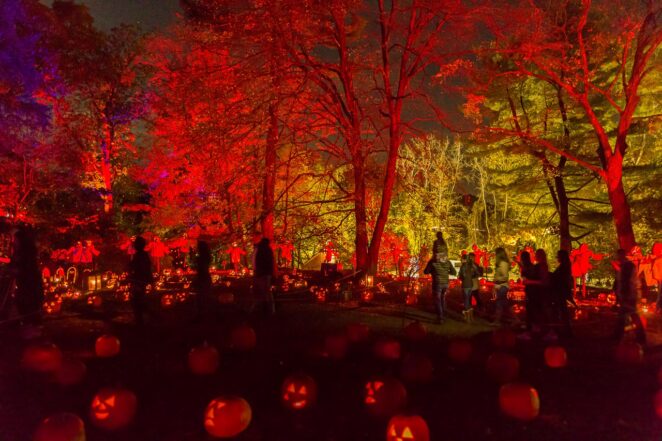 Among them, there’s a 10-thousand carved pumpkin Halloween extravaganza and shops throughout the road that sell the products of local brands.

By the way, the region is so keen on Halloween that a city changed its name to Sleepy Hollow for being the birthplace of the book’s author. Speaking of heads, pay attention and you will see one of Taconic Sculpture Park large pieces from the road. This open-air gallery is another Taconic icon and displays 30 years of owner Roy Kanwit’s art.

This scenic route connects several of the oldest towns in the United States, National Parks, Monuments and major historical landmarks. This has granted the route the title of All-American Road.

You will enjoy 90 miles, from Jacksonville Beach to South Daytona Beach, by the sea. There is no better route to explore Northern Florida’s beaches. Obviously, the summer is great to enjoy the beaches, but it also attracts thousands of other people. So, I would say the best time to visit is between March and May, when you get pleasant weather and not-so-high prices.

There are the beaches, of course, but there’s also St. Augustine. Not only it is America’s oldest city, but it is also full of historical, cultural and culinary attractions.

It has also got a lighthouse! And you can go up the stairs for a beautiful view of the Atlantic. Especially during summer, some sections are subject to heavy traffic. So, if you do not have much time, and do not want to waste any, try the less densely populated stretches of the A1A south of St. Augustine. Just make sure to turn back before Daytona Beach.

The importance of scenic routes

Between State and Federal roads, there are hundreds of scenic routes in the US. These titles are meant to help preserve the roads and strengthen the communities around them by providing tourism-generated income.

New York state alone has more than 90 scenic roads, with some that are really close to Manhattan and that could be part of your next trip to NYC.

Going to another State? That is also great! All US States have scenic routes and many of them are a lot closer to your next destination than you think!